IBIA met with several large globally operating shipping and bunkering companies during a visit to Copenhagen in mid-January, who were all reporting a surprisingly smooth transition to the 0.50% sulphur limit for marine fuels which came into force on 1 January, 2020. They had another element in common: they all started their planning and preparations to be “IMO 2020 ready” at least two years ago and have been pro-active in securing their sources to be able to offer and buy compliant fuels. One of the owners we spoke to had installed scrubbers on a portion of its fleet, for others this was not the right option due to the nature and operational pattern of their fleet. 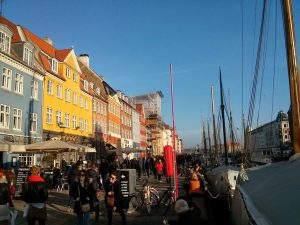 In general, the ship owners and operators as well as bunker providers IBIA met in Copenhagen had not experienced major issues with the availability of compliant fuel, although shortages have been evident in some regions. They did note that the year started off with a sharp rise in premiums for very low sulphur fuel oil (VLSFO) compared to high sulphur fuel oil (HSFO). The price of VLSFO has increased to be on a par with and even above marine gas oil (MGO) in key ports like Singapore during January, but such market distortions are expected to be short-lived. This price volatility and high prices can be painful, but it has also been to the benefit for some who secured supply contracts during 2019 when prices were not expected to be that high. On the negative side, one bunker buyer told IBIA he had observed an increase in short-deliveries, typically 4-6 tonnes, in the past few weeks in several major bunkering areas across the world.

Regarding quality, IBIA was happy to hear that the companies we spoke with have not had the operational nightmare that have been predicted due to fuels with serious stability issues or due to mixing incompatible fuels onboard the ship. VLSFO testing off-spec for sediment, an indicator of poor fuel stability, has been reported in some ports during December and January, but the Denmark-based owners and operators IBIA met had either not lifted them, or had only limited exposure to such off-spec fuels. In fact, one of them suggested the number of VLSFOs deliveries testing off-spec for quality has so far been lower compared to the HSFO the company used to buy, and that VLSFO had better quality overall.

One company described how they had avoided problems due to a very diligent purchasing strategy, obtaining as much information about fuels in advance as possible, including pre-testing. They have observed large differences in the quality of VLSFOs, depending on the nature of the blends. For example, they had seen a split between VLSFOs with regards to cat fines, with either very or high very low levels. Energy content in VLSFOs, meanwhile, is typically better than in HSFO but also variable depending chiefly on the fuel’s density. The relationship between density and viscosity, meanwhile, can be an indicator of the fuel’s ignition and combustion properties.

One concern that kept cropping up in our conversations with both buyers and suppliers during our visit to Copenhagen, however, was how to deal with sulphur test results marginally above the 0.50% limit. The problem lies in the difference between commercial contract interpretation around test precision principles and the MARPOL Annex VI sulphur verification procedures approved by the IMO for authorities to use when obtaining samples from ships to check for compliance. IBIA has issued advise to its members on the subject.

One reason for fuel as supplied to be slightly above the 0.50% sulphur limit could be that shore storage tanks or bunker barges have not been adequately cleaned when the usage has been switched from HSFO to VLSFO. Likewise, if an authority takes an in-use sample from a ship and it is found to be above the limit (note: up to 0.53% is acceptable for in-use samples), this could be due to inadequate cleaning of HSFO residues from the ship’s fuel tanks. Sulphur limit exceedances caused by inadequate tank cleaning should disappear over time as tanks previously used for HSFO are eventually thoroughly flushed through.

IBIA would like to remind the supply side that in order to be 95% certain that they will never exceed the sulphur limit, they need to use the limit -0.59R as the blend target. This principle is part of IBIA’s best practice guidance for bunker suppliers, as well as subsequent best practice guidance issued by the IMO.